Will the Jordan XX9 help you jump higher? 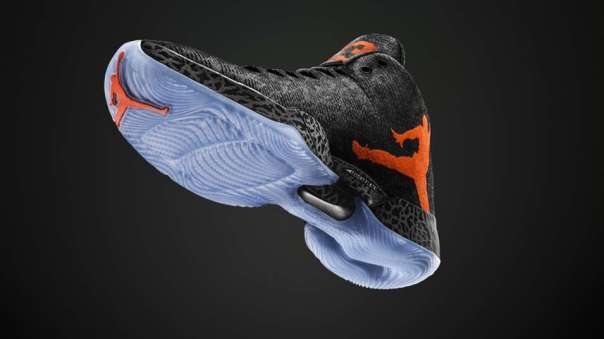 Here is a preview of the new Jordan XX9. I was wondering where the 29’s were when the February 2014 All-Star Game happened. Nike typically releases their newest Jordan in conjunction with the NBA ASG. I don’t know when these come out, but it’s now April, February was a bit back. I doubt we have to wait until Feb 2015?

I do really like the fact that the Jordan brand went back to naming the shoes with numbers. When they screwed up and made up a new name instead of number for the shoe, I just boycotted and didn’t buy them. I’m so glad they have gone back to 28 then 29. Next one will be 30 which undoubtedly will be a BIG release.

The huge highlights of the 29’s is they have the design woven directly into the shoe and boast a special plate on the sole that should help you explode into the air, easier and with more propulsion. Hearing Tinker Hatfield tell us this, isn’t quite as awesome as seeing Michael Jordan actually doing it. But maybe, these will really help you jump like an NBA Baller? I know when I wore my V’s back in the day I could jump higher because the Ad campaign told me I could. Now maybe, the shoe will actually help everyone jump higher. For me the placebo effect of knowing I could Be Like Mike worked perfectly well.

Because back in the 80’s It was the Shoes that made me jump so high! I believed it and I seriously came one quarter of an inch from hitting the rim in the Jordan 5’s. Most of the time I hit the middle of net, but that one summer I did come very close to a real D-U-N-K!

With the XX9’s, we’ll just need to wait and see and give them a try when they do come out. I like the Black, Big Orange Jumpman and Ice Blue sole colorway. The other, ahh not so much, looks like a retro 3 mixed with a Gen release. Wonder how they hold up in the rain? Will they finally come out with some wider widths? Will these help you jump higher? Will you cop em? LMK. See you on the Streetz, maybe the court and this weekend for sure at the Beach. Happy Easter!