From Runway to Realway in a Day

Hawaii designer, Kini Zamora won the Project Runway All-Stars Challenge last night (Thursday April 7, 2016) on TV. By winning the Atleisure Challenge, the prize included taking the design and producing it into a collab with Touch by Alyssa Milano.

I don’t know when the show is taped, but when I watch I like it to seem like it’s happening live. But check this out! The jacket has already been tweaked a bit and is available now at Touch!

The pictures below show the design on project Runway and the picture on the right is the transformed jacket as pictured in today’s (Friday April 8, 2016) Alyssa Milano Instagram picture. The jacket and Shirts are available  now right here.  Jackets are $99.99 and Shirts $49.99 and come in many different NFL and MLB team designs. Including The Chicago Bears, New York Giants, Seattle Seahawks, New York Yankees, Oakland A’s, Chicago Cubs and many more.

Congratulations to Hawaii’s Kini Zamora for winning the challenge. And congrats to Touch by Alyssa Milano for hitting the fast lane on getting the merch out to the masses. 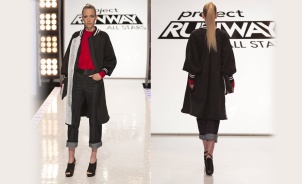 See you on the Streetz.

Such a fun week to live in Hawaii.

The Scuba style Jacket was number one on my list and I was lucky enough to nab the only one hanging in the store.  It’s a bit big, but should be fine in NYC in December. Yes, I got caught up in the hype partially from these 2 Alexander Wang x H&M pictures. They got me good. 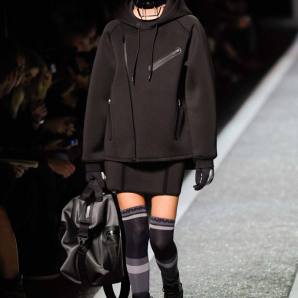 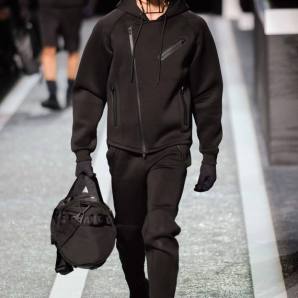 Thursday Night 8:00 p.m: Jimmy Choo Waikiki Grand Opening Celebration. Attendees dressed up beyond anything I’ve ever seen in Hawaii. The ladies were  all in very colorful Versace, Valentino, Calvin Klein and many other designer name brands. With bags from Louis Vuitton, Tory Burch, Michael Kors, Coach, and  Prada.  Beverages and Food included: Comp Martinis and Champagne with Asparagus/Gruyère Canapes.  Good thing it was too busy to shop, I really don’t need any more kicks at the moment. And I’m on one of those shopping fasts until 12/17/14.

Friday Night 5:30 p.m:  A big goal for me and maybe for you is to get to NY Fashion week sometime. This year, Honolulu did  a Honolulu Fashion Week. So, I signed up to volunteer. On Friday night, I was one of the Ushers at the Art of Fashion: The Best of Neiman Marcus and the Kini and Dinko Spring Summer 2015 Runway Shows. It was quite fun, I helped people find their seats, saw many people I haven’t seen in years, met some new friends, saw a bunch of people I only see on Social Media and got to see both shows up close and personal. Here’s some pictures from the Runway Show: The Art of Fashion: The Best of Neiman Marcus. These are courtesy of Matt a fellow usher who knows how to take a nice picture. 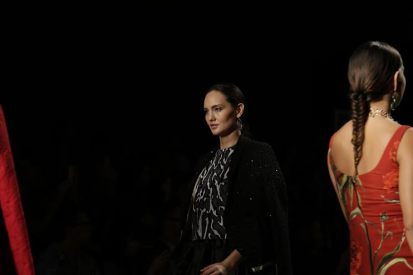 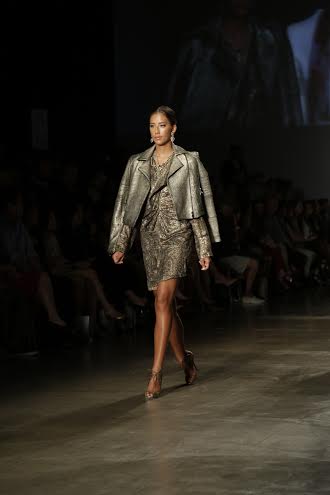 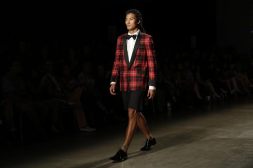 And Wow! This cracks me up. Every time I watch a Runway Show on the internet I can’t believe how many people use their phones to take pictures from the front rows of the shows. And guess what? I used my iPhone 5s to take pictures of the 2 Runways shows. In one respect the shows were so good, I’d love to share some real pictures of the exquisite designs. In another, some of these are pretty trippy. I didn’t filter or edit any of them and the models some how look like ghosts or like their image was taken away via Photoshop and replaced by WHITE. Let’s just categorize them as art and that should work.

Half and Half number two

So many other phones

Where did she go?

Super nice post show festivities included the opportunity to get a picture with Kini Zamora.  Kini is from Kapolei, HI, He did extremely well at Project Runway Season 13 and along with Dinko Satto, he designed and produced the Kini and Dinko Fashion line. The collection was very good. Sporty-Chic, utilizing similar scuba style neoprene as Alexander Wang x H&M. Also had some other nice fabrics, vibrant whites with blacks, and exquisite draping. And to my surprise, Kini and Dinko had both Men’s and Women’s clothing. I’m sure you can find some nice pictures from the show by Googling Kini and Dinko Hawaii 2014. There were many pro photographers at the show.

There’s only 3 of these Hawaiian Airlines bags in existence and Cora and I sure had fun fighting over it. Note: Of course we gave it back to the owners. They were really nice and took the pictures.