In 2014, Streetzblog had a very fun time tracking the Alexander Wang x H&M collection, from Rumor, to Men’s and Women’s first looks, to even shopping early in the morning for the goods. This year, it’s Balmain who is doing the H&M Collab. Seems the clothes took a while to appear, but here they are! At least some of the guys gear.

Looks to be a lot of Military Green, some black and wow a Michael Jackson inspired leather jacket. From what I’ve seen from Balmain’s main label, some of their clothing has too much accoutrements and bling to be wearable, unless you’re a Rock or Movie star. This collection, so far, looks pretty wearable.  My choices in order are:  The Green Pea Coat, The Kicks, The textured backpack, the black pants with the zippers, and the Military shirt.  I doubt I could wear the black jumpsuit or red leather jacket anywhere I go. Overall, pretty wearable and the quality is looking spot on.

Projected date for the collection to be in store and on-line is Thursday November 5, 2015.

What would you wear?

Which Wang Will You Wear?

Below are pictures of many of the women’s pieces all courtesy of Vogue. Check out the very definite  Black, White and Grey color palette. These looks are best described as: 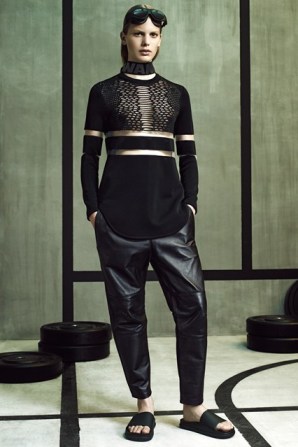 Seems many of the pieces of the collection are unisex. Some of the looks worn by the ladies look like some great men’s looks and vice-versa. I’m still digging the black, white and grey color palette. And now the black reflective tape is looking very tempting too.Yet, I still have my eye on that grey Puffer jacket. 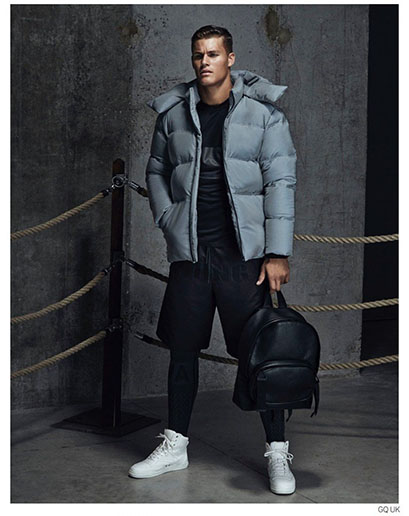 The Puffer Jacket in grey. One of if not the best piece from the entire collection.

Here are some of the Men’s looks courtesy of whowhatwear. 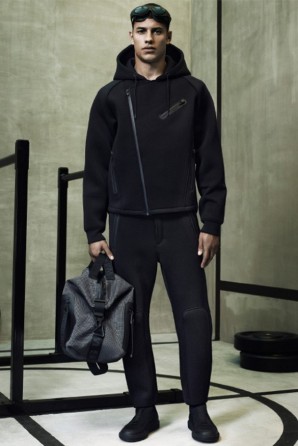 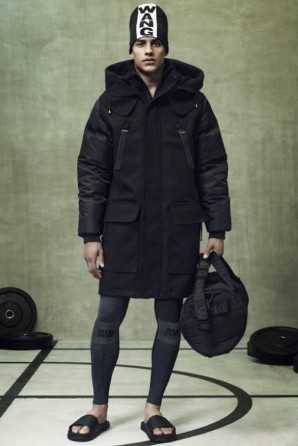 I doubt I’ll need the rubber pieces, a bit too hot to wear in Hawaii.But many of the other looks are quite wearable here and around the world. I’m hoping there’s some black and grey combat boots for men and I’ve had my eyes on that black leather back pack ($249) since the early pictures came out. Remember, the Alexander Wang x H&M Gear drops on Thursday November 6, 2014 at over 250 H&M stores and on-line at H&M. Prices range from $10-$350. Which is your favorite look?