The Dessert Fantasy held yearly the Sunday after Halloween is one of Hawaii’s best kept secrets to the 300–500 of us on the island.  For 2 hours, delicious, taste tantalizing desserts are served in and all you care to eat setting. 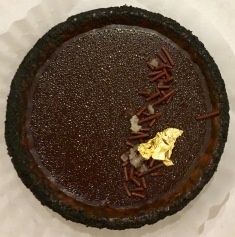 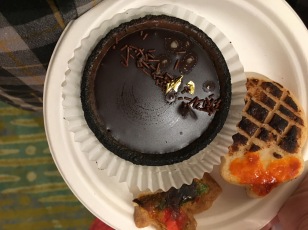 Here are the pictures of almost all of the various Desserts available to eat for the 2 hours: 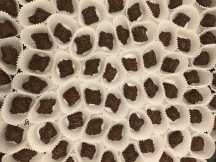 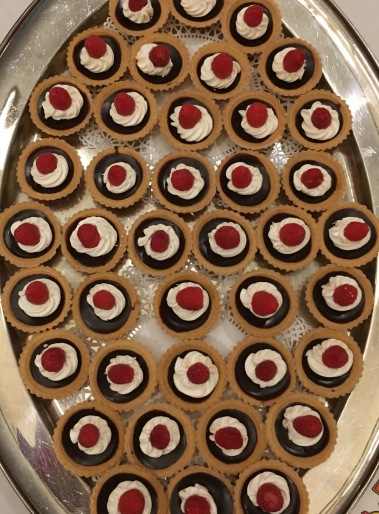 How Sweet it is

Did I say they had a Silent Auction? They did and I bid on a black Giorgio Armani T-Shirt valued at $675.  Got it for $69.  Still might sound like a lot for a plain black T, but it was fun to buy and the money goes to UCP.

Kicks of the Day

See you on the Streetz…Blog!

How Sweet it Is!

Today was the United Cerebral Palsy’s Dessert Fantasy 2011.  Two hours of Non Stop Dessert Eating.  Today’s blog will have more pictures than writing.  If you like desserts-you’re gonna love these pix! 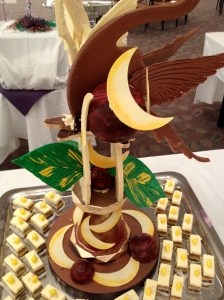 Here’s the delectable pure chocolate Centerpiece that was auctioned off at the end of the 2 hour Eating extravaganza!  Double Yum!

These are Red Velvet donuts with yummy icing.  Since I’m on the UCP Board, I was able to get us some nice shots of lots of the yummy desserts before anyone started to eat them.  Oh man-Oh Man-I doubt I will sleep for a long while, so much sugar and sweets today!

There were so many different desserts to eat, it was hard to choose what to eat first, than second, third, fourth, fifth and so on. Whew-Time for some Water. then another round of Eating.

On the Left: PInk and Red Delites and the Right: a nice colorful presentation of brownies and icing.

Are You Getting Hungry yet? The next two pictures are  of things that went really fast and I was unable to try.  Some Fun Strawberry Yummies and Red Velvet-Chocolate covered Lollipops.  There weren’t enough of these to go around, that’s about all they had so if you didn’t get there early, gone, gone, gone- pretty quickly.

My Favorite thing to eat the entire night were the Chocolates at the Choco-Lea Chocolate Truffle Bar They had freshly made chocolate covered oreos and my favorite-the Lilikoi filled hand-made Chocolate Truffles. These were so awesome, you just put them in your mouth and there was no chewing to be done, they actually just melted luxuriously into my mouth. WOW-I never had anything like this before.  The Freshly cooked Hot out of the Oil Malasada’s were also very delish!

You know what else was good?  These Flourescent Xtreme Green mini bowls of “Stuff”.  They actually had gelatin on the bottom, then home-made ice cream, then some Green Rice Krispies on the top. I especially liked the Geletin. 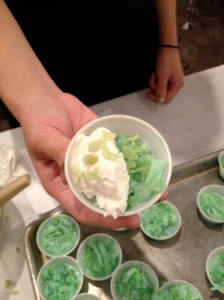 On the left is a great picture of this special Xtreme Green Dessert and on the left one of the most popular items of the silent auction. A couple of Mamason and Papason Figurines and some seaweed.  The paper was filled all the way to the bottom with names. And the winner got this $22 Value for $45!! Crazy..eh?  The other popular item at the Silent Auction was the Spam and Musabi maker.

And if you go to this event next year, be prepared towards the end to rush to the stage to buy a $5 container. Once you get the container, you get to run all around the place and grab as much of the leftovers as you can fit in your container! Best deal in the islands!!  And before I finish writing, Here’s a picture of the Kicks I was wearing at the United Cerebral Palsy’s Dessert Fantasy.  My Black Patent “Jump” Fierce Kicks from the Soho, NYC Store.

Yummy for the next day!

So Many Sweet Treats 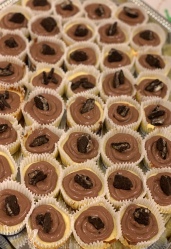 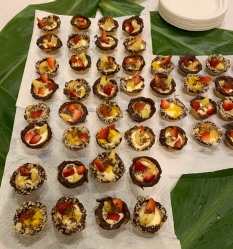 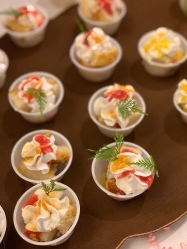 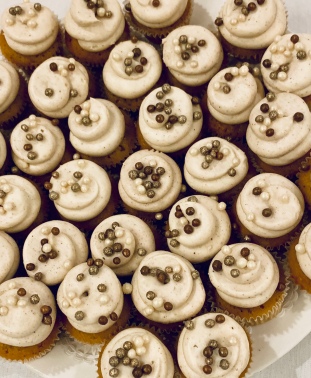 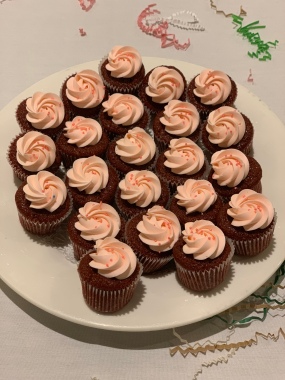 Now back to more desserts

A time-out for the Silent Auction

And back go more Snacking… 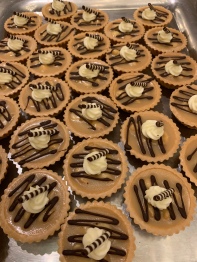 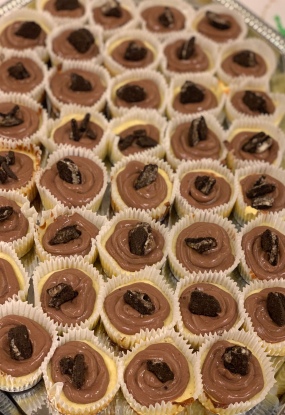 Another Succesful Dessert Fantasy. If you want to see 2017 click here. For 2011 press this.  See you next year! Hint: This event occurs the 1st Sunday after Halloween.

After all that food at the Dessert Fantasy, it’s time to get back to the streetz and hit the kicks. Check out this fun video of a new European Store. The cup of espresso with the home-made whipped cream looks so incredibly delicious-As he scoops it up, I can totally taste it-Sweet! Then, when you get to the Kicks, shoes, Books, and art! WOW! What a Cool Store.

If you’re ever in the Neighborhood, it’s located at:
Premium Lifestyle
5 Bis, Ruel Louisblanc
66000 PERPIGNAN France

Check out the Vid and let me know your thoughts. Talk to you soon.