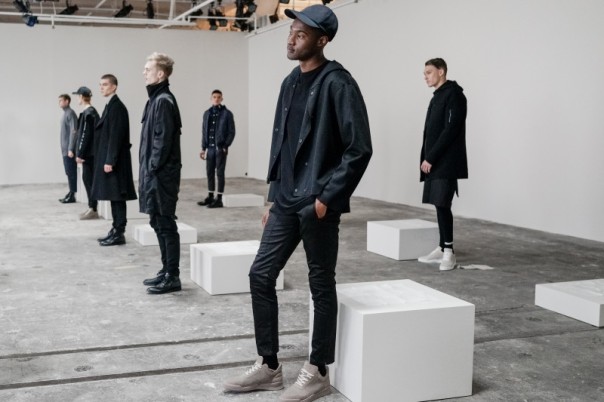 The models rose on pedestals above swirling fog at Platform 3 at Skylight Clarkson North. The presentation was collab’d with Brooklyn’s Snarkitecture  creative team. Snarkitecture BTW recently did a sold out collab with Beats By Dre. And Chris Stamp recently starred in  a video with Beats By Dre. Kinda get where I’m going?  Yep, gotta’ be a Stamp x Beats by Dre Headphone or 2 on the way soon.

STAMPD had some of the best bomber jackets in 2015 with their back and arm straps. Looks like they’re taking the brand to the NXT LVL with the NYFWM presentation. Here’s a few pix from their blog:

There’s a Quad pocket bomber with a removable wool lining coming our way in FW 2016. And check out these kicks from STAMPD x Filling Pieces: 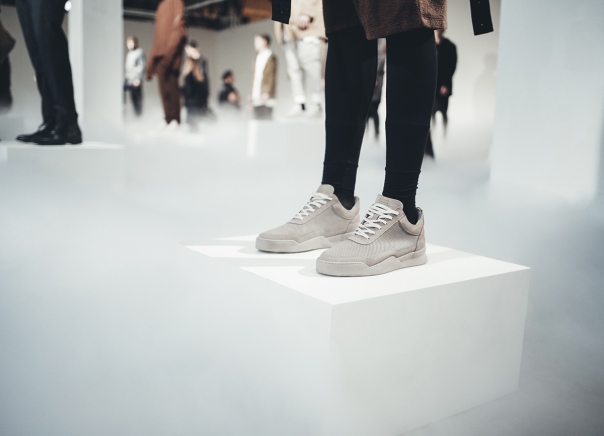 I’m a big fan of Black and slate grey clothes. Thus, most of the collection has a streetzblog stamp of approval. The neutrals or camel colors I could easily pass on. Although, the burnt red shorts are kinda’ tempting.  Pretty nice overall presentation on everything. Looks like a fun event to have seen live!

On the video that I watched with Chris Stamp and Beats by Dre, Chris Stamp mentions his clothing being called Avant Street or Contemporary and ends the vid with Welcome to the Future.  After seeing many of the FW 2016 Men’s collections, I’d say the future has arrived this year more than ever!