Ever since H&M moved in about 10 minutes from where I live, I’ve been fascinated about following their big days, special collections, new releases and sales. Looks like we finally have some new pictures of one of the most anticipated collaborations of Fall 2014. The Alexander Wang x H&M Collaboration. The other biggest upcoming collab being the Jordan x Supreme release, which no matter what it looks like will sell out in seconds.

The British version of GQ has generously given us a sneak peak inside the upcoming Alexander Wang for H&M collaboration. The collection features 2 of my favorite colors-Black and Grey and is inspired by a sporty vibe with boxing as the main force behind the collection. Pieces to look forward to for men include activewear, sweatshirts with Big bold raised lettering, a puffy or as the English call it Puffer jacket, WANG sunglasses and more. As reported on streetzblog back in June, the collection releases at H&M stores world-wide on Friday November  6, 2014.  Might be a good time for a Vay-Cay Day or you might want to call in sick. Looks like this is gonna’ be a BIG event at H&M with both the Men’s and Women’s wear flying off the shelves.

I’ll be at the H&M in Waikiki and will hopefully be able to nab a couple of the black and grey pieces. And also looking forward to being in NYC in Mid December to check out the newest store on 5th and 52nd or maybe the even newer yet to open store at Herald Square! Hopefully the Grand Opening will happen when I’m in town.

Here’s few of the First Looks of the collab courtesy of British GQ.  Which is your favorite? 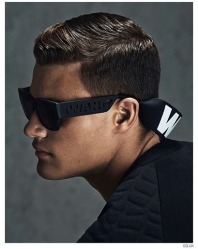 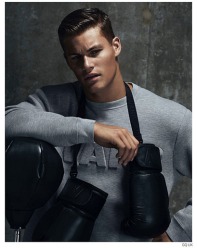 The What’s Up Dude 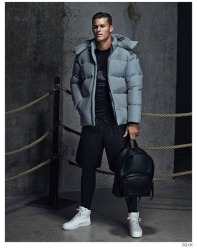 The Puffy or Puffer Jacket in grey. The most sought after piece so far and we just received the pix today. 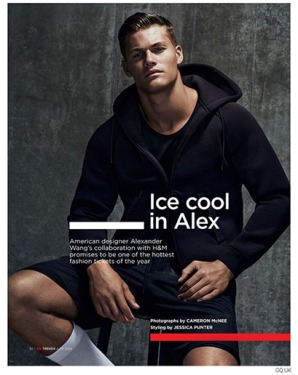 Ice Cool in Alex and H&M 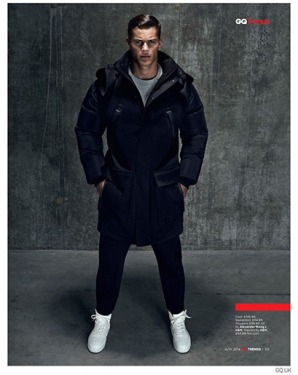 Black and Grey and i see some White Kicks-Wonder if those will be for sale?