December 17-30 is my favorite time of year, but my second favorite would be April – June when the NBA Play-Offs happen. I like it best for the NBA Drive to the Finals Game that we play each year.  And of course I like it to see the Bulls, Knicks and Lakers and this year Steph Curry from that team in the yellow and blue.

If you want to play Drive to the Finals with us this year, click here and make sure you sign up for the 808Ballers League.  It’s lots of fun! Each day you pick one different player to do well in scoring, assists and rebounds. Then you get points.  You can only pick a person one time, so you can either save Lebron or use him early..up to you. It’s tons of great fun and really easy to play!  *I doubt I would have the patience to play the “real” fantasy leagues for a whole year. But this is E-A-S-Y!

Makiki Heat on the Streetz 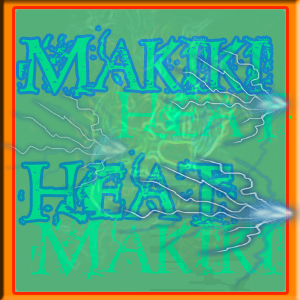 Dreaming of living in NYC where everything seems to be happening, I thought I bet there are people wishing they lived in Hawaii. But just don’t hear enough about the various cities in Here.   So, My new Top 10 list will be called Makiki Heat. I live in Makiki and I thought Heat sounded good w/ Makiki.  I need to make it clear I am not a Miami Heat fan. Bulls, Knicks, Lakers fan in that order.

Just not sure of my graphics, the first looks a bit scary. I was going for the Cool, Hip, Hype, Happening vibe and ended up with Halloween. The second..aah maybe a bit better..LMK your thoughts? I  can work on it. For now, here’s what’s HOT at Streetzblog. Top 10 not necessarily from Makiki, just written in Makiki, Hip and Hot is from around the World:

Life is like an ever-shifting kaleidoscope-a slight change, and all patterns alter-Sharon Salzberg

I think this quote goes well with these kicks..dont you?

One of my really good friends emailed me the other day and said he was in Tokyo, I immediately said “Get me some street clothes magz and stop by Vanquish in Shibuya”. That BTW is what I always tell people who go to Japan.  This friend actually went to Vanquish..I still dont know about the magazines, but these pix are awesome! I feel like I went there myself.

Street photograph of the Real Vanquish Store in Shibuya, JPN

Ever since I saw those patent leather Hi-top Brogues from Vanquish I have wanted to go to Japan just to go to this store! I even took 8 weeks of Japanese class in preparation for my future trip. 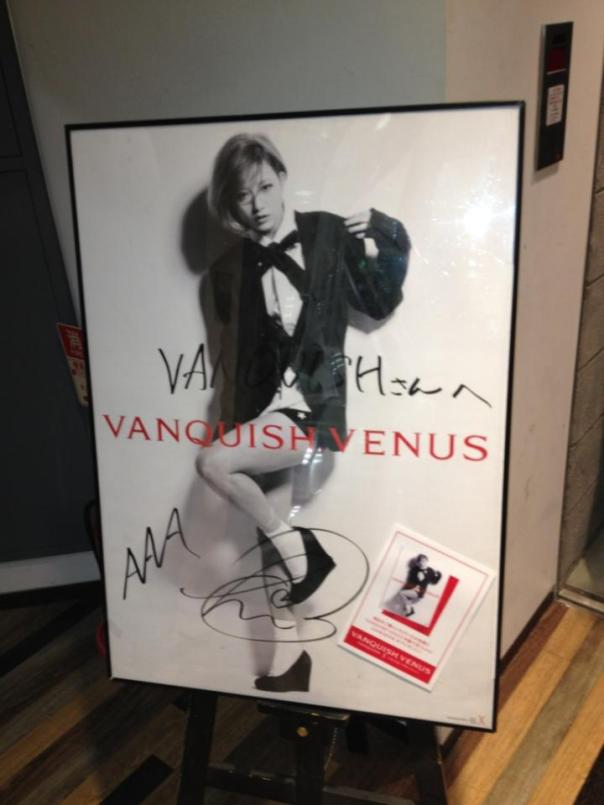 Picture from the Vanquish Windows April 2013

I couldn’t believe it when my friend said he was a few blocks from what I think is my favorite store I’ve never been to. And checkity-check it out-He procured us some pretty slick pix!  I dig these multi colored Adidas x Jeremy Scott Kicks. I suspect you can find them at barneys.com, but it’s much more fun seeing them at the Vanquish store in Shibuya.  All pictures courtesy of my good friend-Stephen. 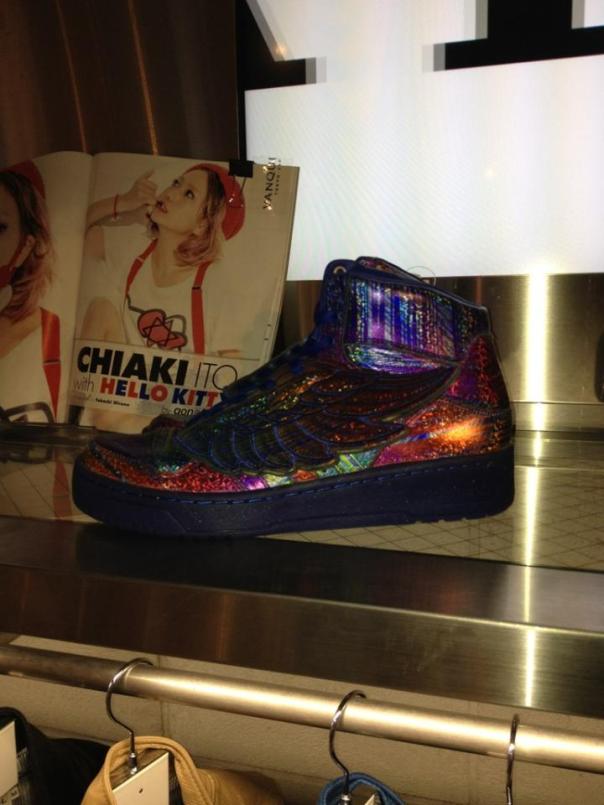 One day I will make it there. Until then Enjoy the pictures from my friend.  Here’s the Kicks I wore on Easter Sunday! I think the picture is deserving of a blog entry.  Whatcha’ Think? It’s been triple filtered with Photoshop Lite, Snapseed and Instagram.

My sister was reading this book back in November 2012, I borrowed it at the beach a couple of times, but for some reason it really was confusing to me. By the looks of the trailer that confusion will turn into #goodtimes. And I say pretty much any movie with Leonardo in it tends to ROCK!. So, I’ll be there May 10th for the first showing. Looks and sounds good and check out the Mansion they live in!! Wowza!

If you get a chance tune into KTUH.org on Saturday April 6 from 6p-9p HST, I/Sniper Wells will be filling in for Nocturna on the Feast of Friends Show. I’ll be playing some classic Industrial Dance, Goth, Underground 80’s and of course some “Ultra Bangin’ Beats!”  Have a Great Weekend.