← On The Trend..Colors for Spring & Menswear Fall 2013
Flight K1X Now Boarding for Take-Off →

THE PARTY IS ON!

Michael Jordan is just days away from turning the Big 5-0 Check out Sportscenter now thru Sunday they are doing some pretty fun specials on him. Upcoming are his Kicks and Gear, Yesterday they talked about the Celtics game where they say he scored 63 points but my video at my house which I can’t find right now, says he scored 72 labeled in permanent black sharpie.  Something I think I’ll never figure out..hehe.

And Check out this dope Vid from TED done by Lemon Anderson.  It’s entitled ” Please Don’t Take My Air Jordans”, My mom would never let me wear mines when I went to downtown Chicagoland back in the 80’s.  We only wore our canvas Cons down there. I like the Video, rhymin’, vibe, gestures etc. Nice job Lemon! What do you think? I also wonder what Kicks are going to drop on MJ’s BDay?  Anyone Know? Maybe a secret Quickstrike? Hope I’m in Foot Locker when that happens!

(Updated blog post-Feb 11, 2013)
I received a text the other day from a bigger Snearkerhead than myself and they said that they think the Big Shoe will be the AJ1.  Maybe in that Black and Flo Green colorway? 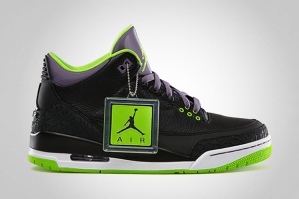 For even more Black/Flow Green Kicks starting with the AJ1 thru the AJXX8, check out this great site to see the 28 Days of Flight. Each day they show us a New Black and Green Shoe, finalizing in the brand new Jordan XX8. Which you can see right now below: 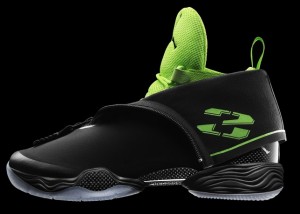 Jordan Turns 50 on February 17-Same Day as the NBA-All Star Game..Hmmm..
The Nike Air Jordan 111 also turned 25 with the February 6 release of the AJ111 Retro 88 with the iconic Nike air on the heel. Picture below: 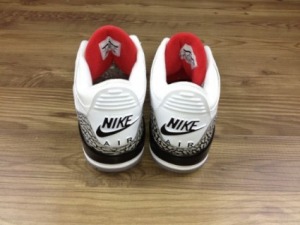 On February 17 ESPN’s Sportcenter will debut the full list of MJ’s 50 Greatest Moments. And NBATV has a special New interview with MJ on All Star Weekend. Let the Jordan Frenzy get even bigger. Hope he shows up at the NBA All-Star game this year!

← On The Trend..Colors for Spring & Menswear Fall 2013
Flight K1X Now Boarding for Take-Off →