On The Trend..Colors for Spring & Menswear Fall 2013

What are the In Fashion Colors for Spring 2013

I remember Spring 2012 being the Big time for Lemon Zest and it continued thru Summer 2012. Nectarine seems to be burlbling a bit for about 3 years, maybe this will be it’s time to shine! Everything else including the Lemon and the orange is what colors are going to be in this Spring!

And According to WWD the In Fashion Colors for Men for Fall 2013 are:

I’m still betting on Grey from the 50 Shades of Grey Book, but I suspect since they still havent cast the leading lady, Grey, Slate Grey, Silver, Shadow, Nail and the rest of the shades may have to wait until Fall 2014 or Winter 2015. Then since there are 3 movies, It may be a looong grey few years. Maybe it’s good they threw in the Violet? Although, personally Dark Purple I could do, not sure about Violet.

Since we’re on a Trend spotting adventure, I’ll give you the list of what else is supposed to be HOT for Fall 2013. These are taken directly from the January 14, 2012 WWD newspaper/magazine. Thank you to WWWD for providing us with these insights: (Editorial to the right is all done by Scott Mackenzie at streetzblog.com)

And completely off the subject, but one of my favorite movie projects has a brand new trailer. It’s just one day old, so let’s get it up quickly on to streetzblog.  It’s the newest Fast and the Furious entitled as of now SIX.  I’ve had TWO Mitsubishi Lancers because of the F&TF movies, still have a rear spoiler in the “VADER” style on my bucket list!  And even though it doesn’t quite make sense to me, I like it how this movie franchise keeps bringing back some of the best stars from the early days like Han (who I am sure died in Fast and The Furious Tokyo Drift and Letty who many thought was dead, but she did show up near the credits in the last movie)  Hope they have some Mitsu Lancers and not all those Chevy’s and Humvee’s from the last movie

What are your thoughts for future Trends in color and fashion?  Coming up in February TWO new “Hawaii Designs” spotlights. See you on the Streetz! 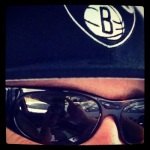