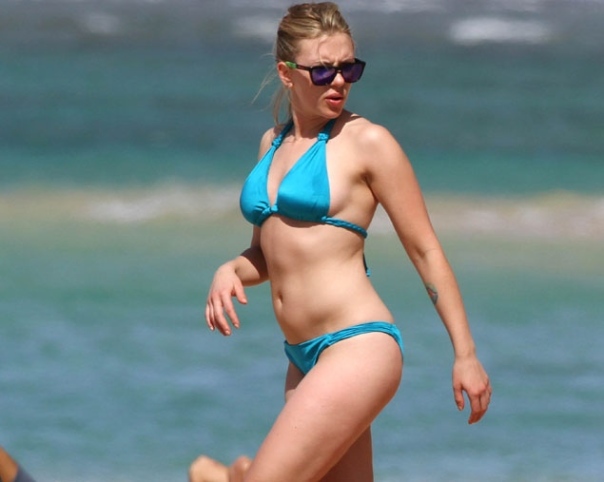 Movie Star, Scarlett Johansson was in Hawaii this past Friday. I didn’t see her personally, but I suspect she thought it was pretty HOT out at the Beach. For those of us who live here, We think its cold and most havent been to the beach in a few weeks.  Me personally, I went to the beach- 72% is still warmer than most places on the mainland! Note:  the funniest thing that the TV news does over here is to tell us that we have a “Cold Front” moving in…LOL, that is pretty funny!    Have a Good Week.

With the NBA All-Star Game coming up, I was gonna’ do a post on some of the HOT Kicks being released for the game. But earlier today, I was on twitter and found these. Jordan 6 Pigeons? I know the original SB pigeons Blew up Crazy in NYC and kind of was the defining moment of bringing the sneakerhead to the mass public. These, I don’t know much about them other than I had to post them quick. They have the original SB Pigeon colors and also the pigeon on the side. Note:  There are more pictures on Modern Notoriety.com and thanks to @akinchicago for the tip-off of these SWEET KICKS! Where are they on sale?  I’d even try the credit card for a pair of these. My favorite colors to wear are black, slate grey and dark blue. And i noticed the other day for some crazy reason I don’t seem to own a pair of grey Kicks!

If you don’t remember the originals-here’s a picture below that shows them.  And Nope, I don’t have a pair of these.  But When I make it big, I will get a pair of these along with my first Jordan 11’s.  As long as I have something cool like that to look forward to, I’m gonna’ keep creating until I’m wearing the pigeons and the 11’s.  Oh Yeah!

Here's the Original Pigeon SB's-Picture courtesy of kicks on fire

And before I go, congrats to Jeremy Lin.  That was an Amazing game last Friday night against the Lakers. He’s got theFastest Spin move in the Citay!  LINSANE!  LINSANITY! LINCREDIBLE! LINNING!   and of Course Knicks LIN!  WOW.